For further information about Cantores Michaelis and details of how to apply for a scholarship please see www.cantoresmichaelis.net 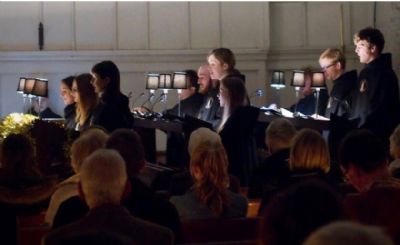 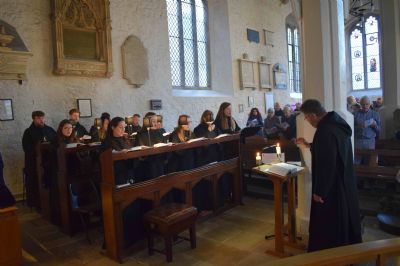 Cantores Michaelis during the Easter Sunday Mass at St Michael's

Cantores Michaelis are choral scholars from the University of Southampton who are funded by The Friends of St Michael's and based at the ancient Southampton City Centre church of St Michael the Archangel.  The Director Keith Davis (Head of Vocal Studies at the University of Southampton) founded the group in 2000 for St Michael's. Cantores Michaelis sing in St Michael's every Sunday and Feast Days during the academic year. In addition they remain in Southampton for Christmas services including Festival of Nine Lessons & Carols and Midnight Mass on Christmas Eve, similarly for Holy Week and Easter.

Their repertoire ranges from Gregorian Chant, Tudor and Renaissance Masses and Motets, also mass settings by Haydn, Mozart, Schubert, to works by living composers of the 20th & 21st Centuries. Their first commercial CD of Christmas Carols 1500-2000 on the Herald record label is distributed on iTunes, Amazon, and Spotify and was released  November 2015. The group had a featured solo slot in BBC 1 Songs of Praise November 2018.